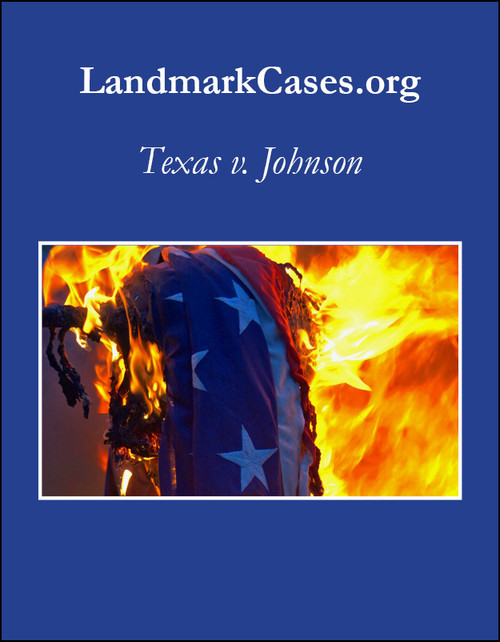 In a political demonstration during the Republican National Convention in Texas, protesting the policies of the Reagan Administration and of certain corporations based in Dallas, Gregory Lee Johnson doused an American flag with kerosene and set it on fire. No one was hurt or threatened with injury, but some witnesses said they were seriously offended, and Johnson was charged and convicted with the desecration of a venerated object, in violation of the Texas Penal Code. In a split decision, the Supreme Court determined that Johnson’s actions were symbolic speech protected by his First Amendment Rights.