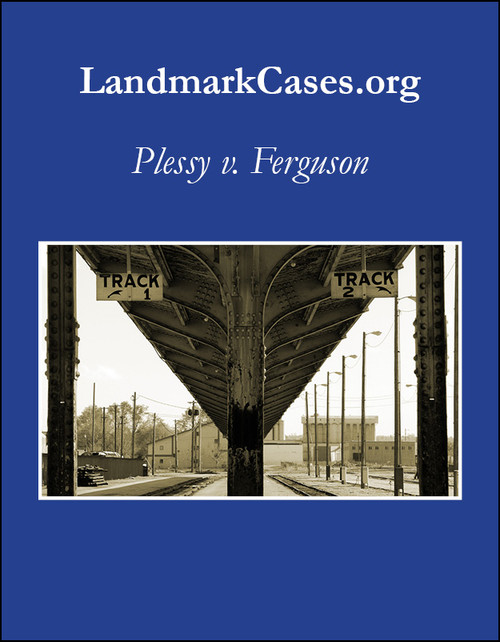 In 1890, Louisiana passed a statute called the Separate Car Act declaring that all rail companies carrying passengers in Louisiana must provide separate but equal accommodations for white and non-white passengers. The penalty for sitting in the wrong compartment was a fine of $25 or 20 days in jail. A group of black citizens joined forces with the East Louisiana Railroad Company to fight the Act. In 1892, Homer Plessy, who was one-eighth black, purchased a first-class ticket and sat in the white-designated railroad car. Plessy was arrested for violating the Separate Car Act and argued in court that the Act violated the Thirteenth and Fourteenth Amendments to the Constitution. After losing twice in the lower courts, Plessy took his case to the U.S. Supreme Court, which upheld the previous decisions that racial segregation is constitutional under the separate but equal doctrine.