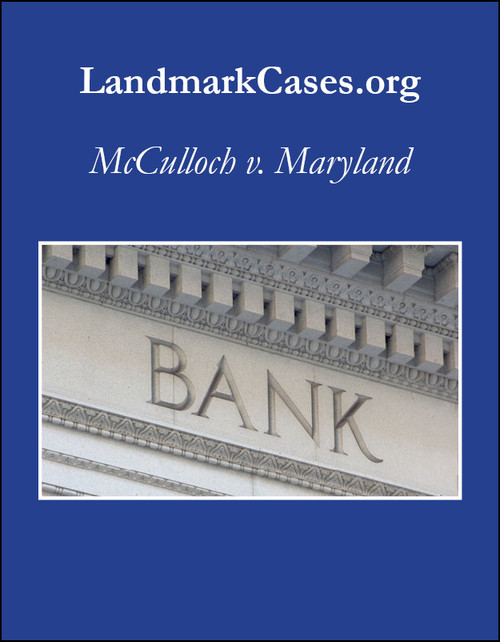 The U.S. government created the first national bank for the country in 1791, a time during which a national bank was controversial due to competition, corruption, and the perception that the federal government was becoming too powerful. Maryland attempted to close the Baltimore branch of the national bank by passing a law that forced all banks that were created outside of the state to pay a yearly tax. James McCulloch, a branch employee, refused to pay the tax. The State of Maryland sued McCulloch saying that Maryland had the power to tax any business in its state and that the Constitution does not give Congress the power to create a national bank. McCulloch was convicted and fined, but he appealed the decision. The Supreme Court determined that Congress has implied powers that allow it to create a national bank, even though the Constitution does not explicitly state that power, and that Maryland’s taxing of its branches was unconstitutional.