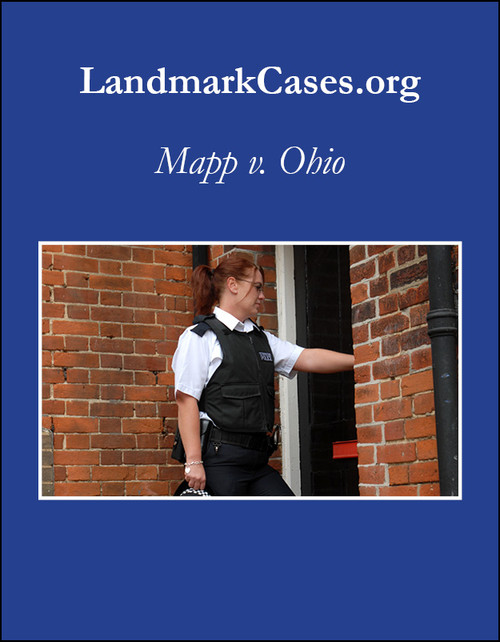 Suspicious that Dollree Mapp might be hiding a person suspected in a bombing, the police went to her home in Cleveland, Ohio. They knocked on her door and demanded entrance, but Mapp refused to let them in because they did not have a warrant. After observing her house for several hours, the police forced their way into Mapp's house, holding up a piece of paper when Mapp demanded to see their search warrant. As a result of their search, the police found a trunk containing pornographic materials. They arrested Mapp and charged her with violating an Ohio law against the possession of obscene materials. At the trial the police officers did not show Mapp and her attorney the alleged search warrant or explain why they refused to do so. Nevertheless, the court found Mapp guilty and sentenced her to jail. After losing an appeal to the Ohio Supreme Court, Mapp took her case to the U.S. Supreme Court. The Court determined that evidence obtained through a search that violates the Fourth Amendment is inadmissible in state courts.