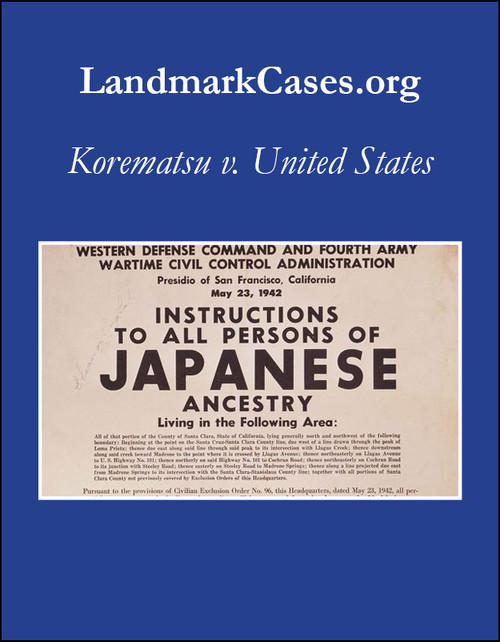 After Pearl Harbor was bombed in December 1941, the military feared a Japanese attack on the U.S. mainland and the American government was worried that Americans of Japanese descent might aid the enemy.  In 1942, President Franklin D. Roosevelt signed an executive order forcing many West Coast Japanese and Japanese Americans into internment camps.  Fred Korematsu, a Japanese American, relocated and claimed to be Mexican-American to avoid being interned, but was later arrested and convicted of violating an executive order. Korematsu challenged his conviction in the courts saying that Congress, the President, and the military authorities did not have the power to issue the relocation orders and that he was being discriminated against based on his race. The government argued that the evacuation was necessary to protect the country and the federal appeals court agreed. Korematsu appealed this decision and the case came before the U.S. Supreme Court. The Court agreed with government and stated that the need to protect the country was a greater priority than the individual rights of the Japanese and Japanese Americans.