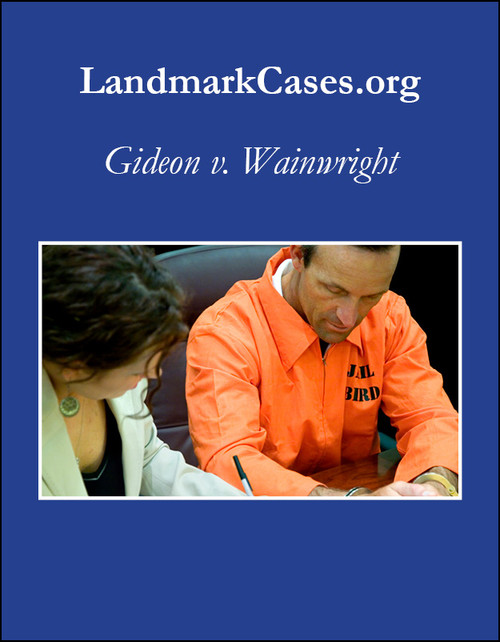 In June 1961, a burglary occurred at the Bay Harbor Pool Room in Panama City, FL.  Police arrested Clarence Earl Gideon after he was found nearby with a pint of wine and some change in his pockets. Gideon, who could not afford a lawyer, asked a Florida Circuit Court judge to appoint one for him arguing that the Sixth Amendment entitles everyone to a lawyer. The judge denied his request and Gideon was left to represent himself. He did a poor job of defending himself and was found guilty of breaking and entering and petty larceny. While serving his sentence in a Florida state prison, Gideon began studying law, which reaffirmed his belief his rights were violated when the Florida Circuit Court refused his request for counsel. From his prison cell, he handwrote a petition asking the U.S. Supreme Court to hear his case and it agreed. The Court unanimously ruled in Gideon’s favor, stating that the Sixth Amendment requires state courts to provide attorneys for criminal defendants who cannot otherwise afford counsel.