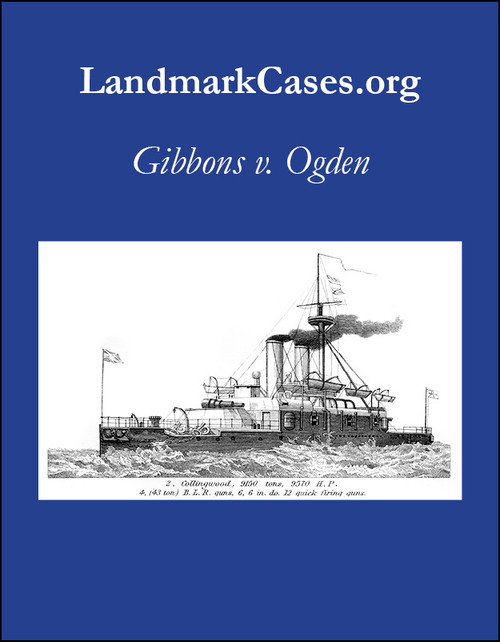 In 1808, the government of New York granted a steamboat company a monopoly to operate its boats on the state's waters, which included bodies of water that stretched between states. Aaron Ogden held a license under this monopoly to operate steamboats between New Jersey and New York. Thomas Gibbons, another steamboat operator, competed with Aaron Ogden on this same route but held a federal coasting license issued by an act of Congress. Ogden filed a complaint in New York court to stop Gibbons from operating his boats, claiming that the monopoly granted by New York was legal even though he operated on shared, interstate waters. Gibbons disagreed arguing that the U.S. Constitution gave Congress the sole power over interstate commerce. After losing twice in New York courts, Gibbons appealed the case to the Supreme Court. The Supreme Court determined that the commerce clause of the Constitution grants the federal government the power to determine how interstate commerce is conducted.