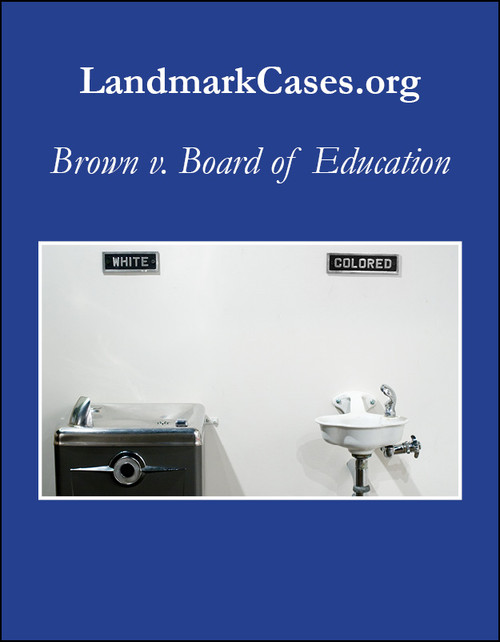 Brown v. Board of Education

In Topeka, Kansas in the 1950s, schools were segregated by race. Each day, Linda Brown and her sister had to walk through a dangerous railroad switchyard to get to the bus stop for the ride to their all-black elementary school. There was a school closer to the Brown's house, but it was only for white students. Linda Brown and her family believed that the segregated school system violated the Fourteenth Amendment and took their case to court. Federal district court decided that segregation in public education was harmful to black children, but because all-black schools and all-white schools had similar buildings, transportation, curricula, and teachers, the segregation was legal. The Browns appealed their case to Supreme Court stating that even if the facilities were similar, segregated schools could never be equal to one another. The Court decided that state laws requiring separate but equal schools violated the Equal Protection Clause of the Fourteenth Amendment.